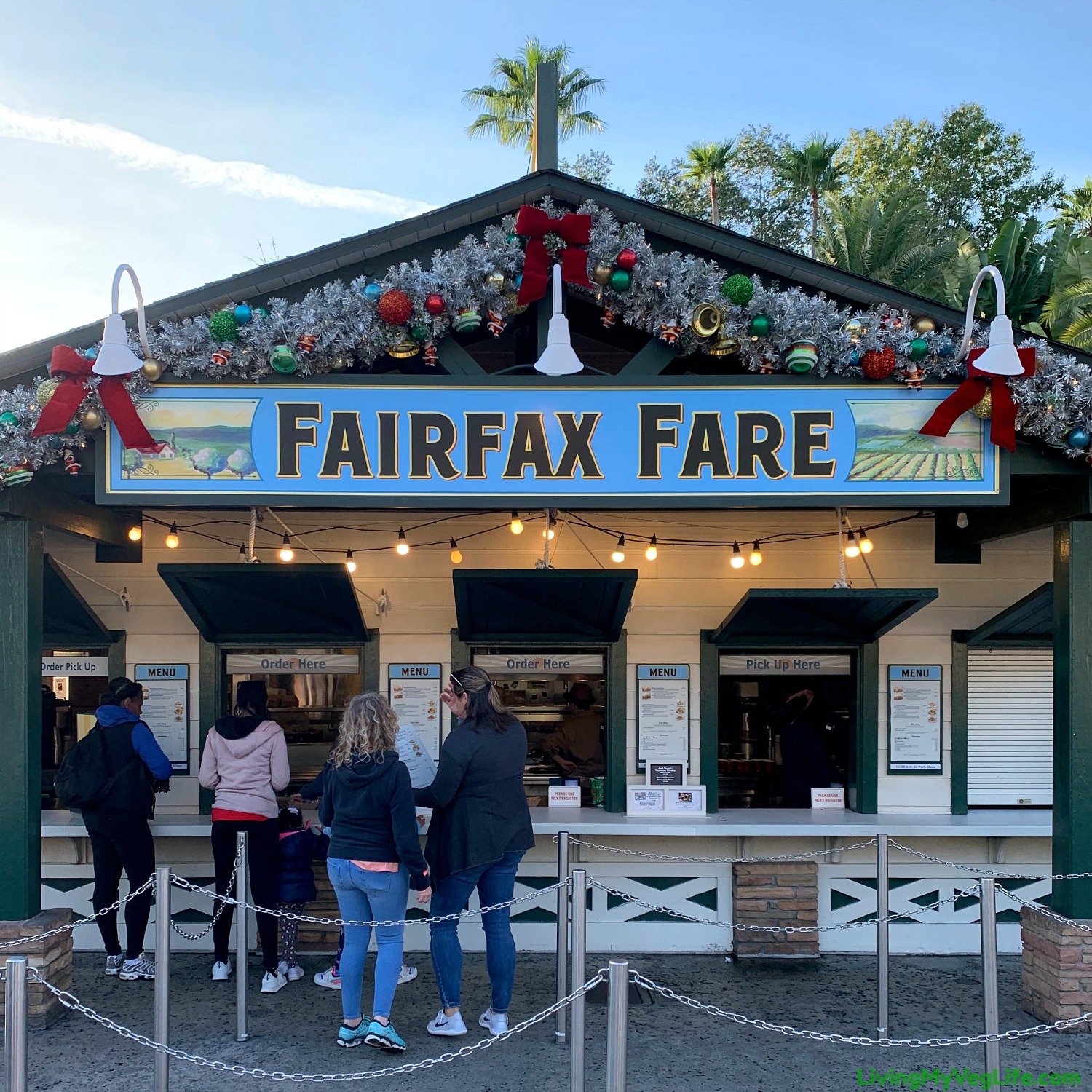 Located on Sunset Boulevard and right across from the Beauty and the Beast Live on Stage, Fairfax Fare is the perfect place to get a bite to eat before going on your favorite Hollywood Studios rides. (Or after…if you plan on going on the Rock ‘n’ Roller Coaster.)

Fairfax Fare offers you something different than the typical quick-service burger and fries. Stop by this Hollywood Studios quick service if you want a salad, sandwich, or some Latin American cuisine.

Fairfax Fare also has a ✅ plant-based option for the vegan Disney-goers! The green leaf on the menu shows that the Southwest Bowl is vegan-friendly. 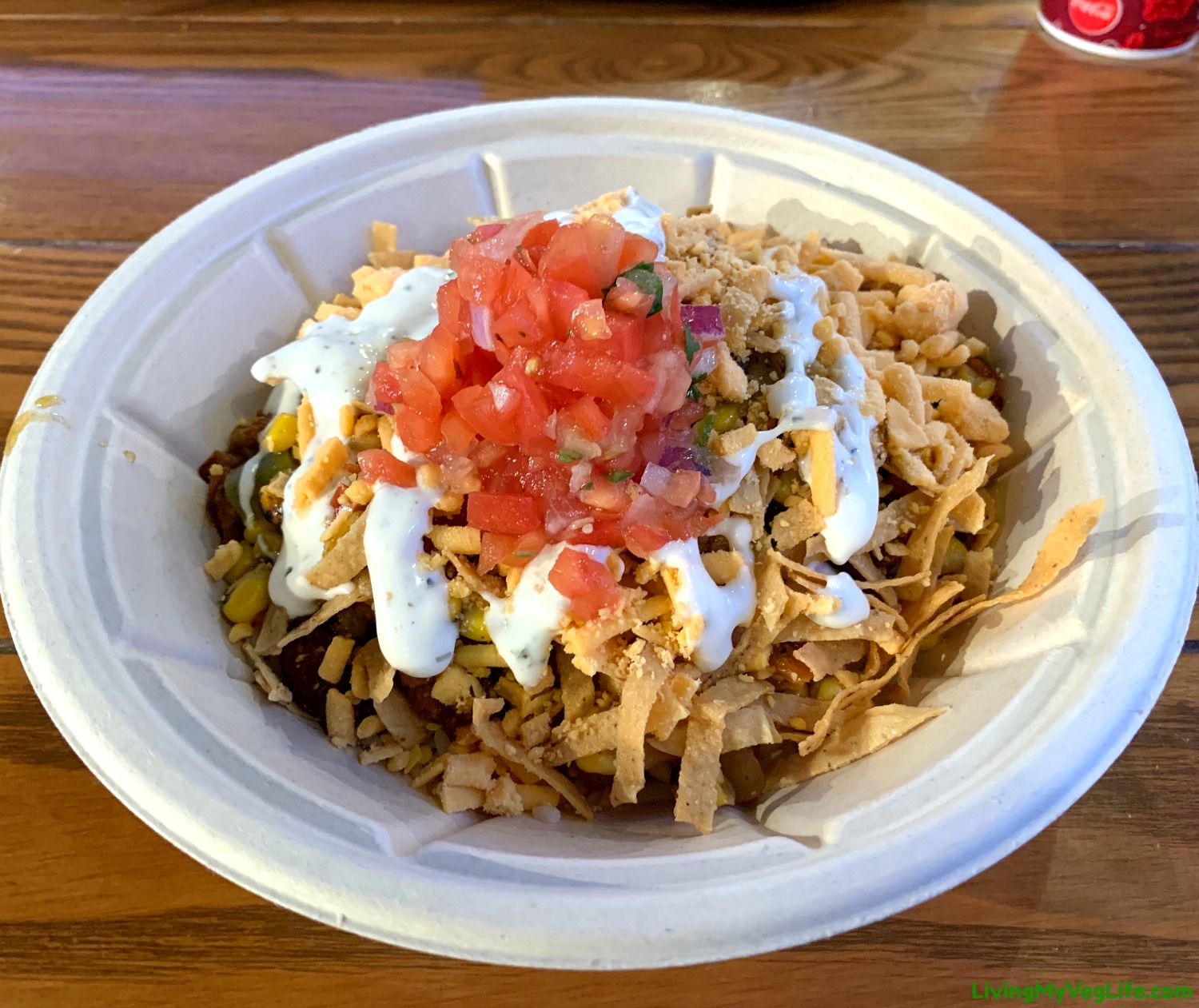 The Southwest Bowl was delicious! While you can get other vegan bowls at Disney World, like at Pecos Bill, this is the first one I’ve had that includes a vegan chili. Both bowls are good, but it’s nice to switch it up sometimes!

The Fairfax Fare southwest bowl features plant-based cheddar cheese (which I think is Daiya because it is used in many other plant-based Disney foods).

I personally am not a fan of store-bought vegan cheese, but I decided to give it a try. Sadly, I still didn’t care for it! Next time, I will just order the bowl without the vegan cheddar. However, if you like plant-based cheeses, give it a try! Or, order it on the side.

Disney’s prices can change at any time. Be sure to check Disney’s current official menu before you go.