If you need toasted pecans for a recipe but you only have raw ones, you can toast pecans in under 15 minutes! 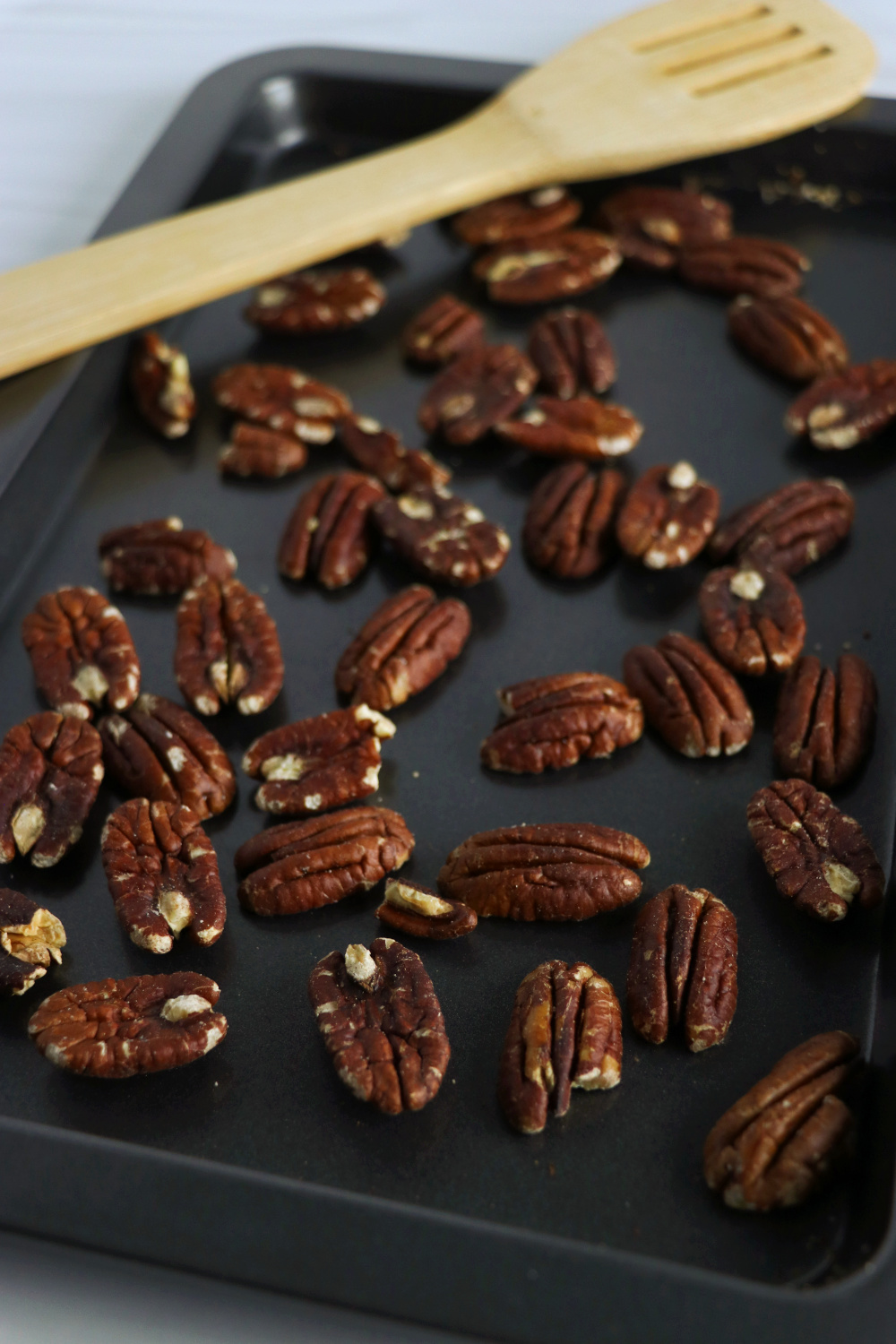 There are two ways you can toast pecans: in the oven and on the stovetop. I prefer to toast my pecans in the oven, but there is a tradeoff of time and effort, so choose whichever works best for you.

Note that both of these are toasted pecans recipes and not recipes for candied pecans. This recipe is perfect if you want plain, toasted pecans to add to meals like salads, waffles, and oatmeal. They are not seasoned, sugar-coated pecans.

How to Toast Pecans In Oven

Step 1: Preheat the oven to 350°F. On a baking sheet, place raw pecans in a single layer. I used one cup of raw pecans, but you do not need to measure if you don’t want to. Just make sure you don’t overcrowd the baking sheet.

Step 2: Bake the pecans for 8 to 10 minutes. Keep an eye on them as they get close to being done because they can burn in a blink of an eye.

Step 3: Remove the pecans from the oven and allow them to cool. Store the toasted pecans in an airtight container in the refrigerator where they will last about a month.

How To Toast Pecans On Stovetop

Step 1: Heat a skillet over medium heat. When the pan is hot, add the raw pecans. Stir and toss the pecans continuously for about 5 minutes or until fragrant and their color has become slightly darker. 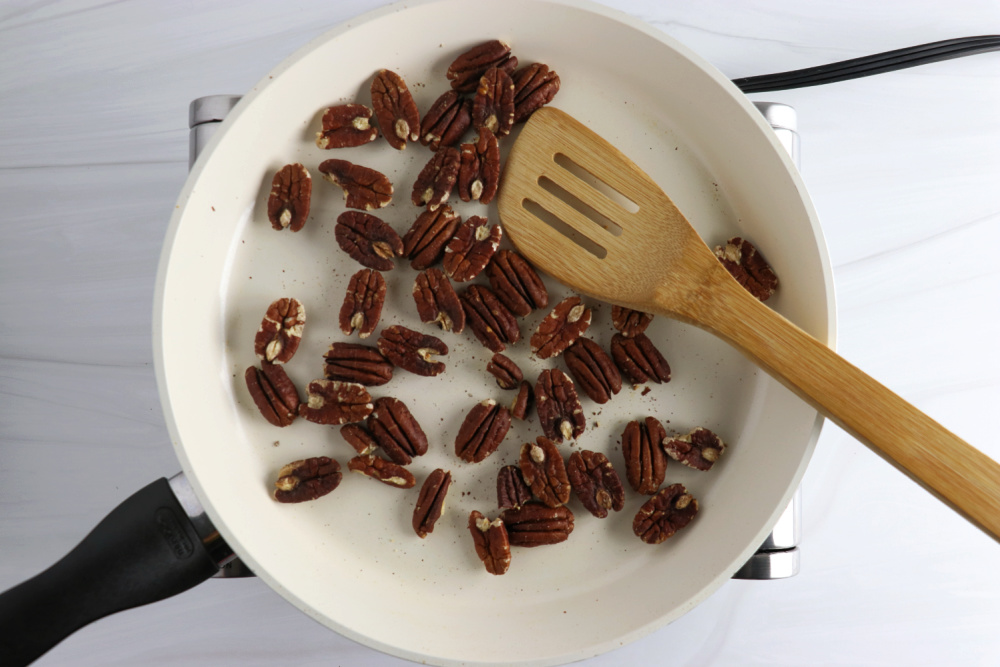 Step 2: Remove the pecans from the skillet and allow them to cool. Store them in an airtight container in the refrigerator where they will last about a month.

How to Store Toasted Pecans