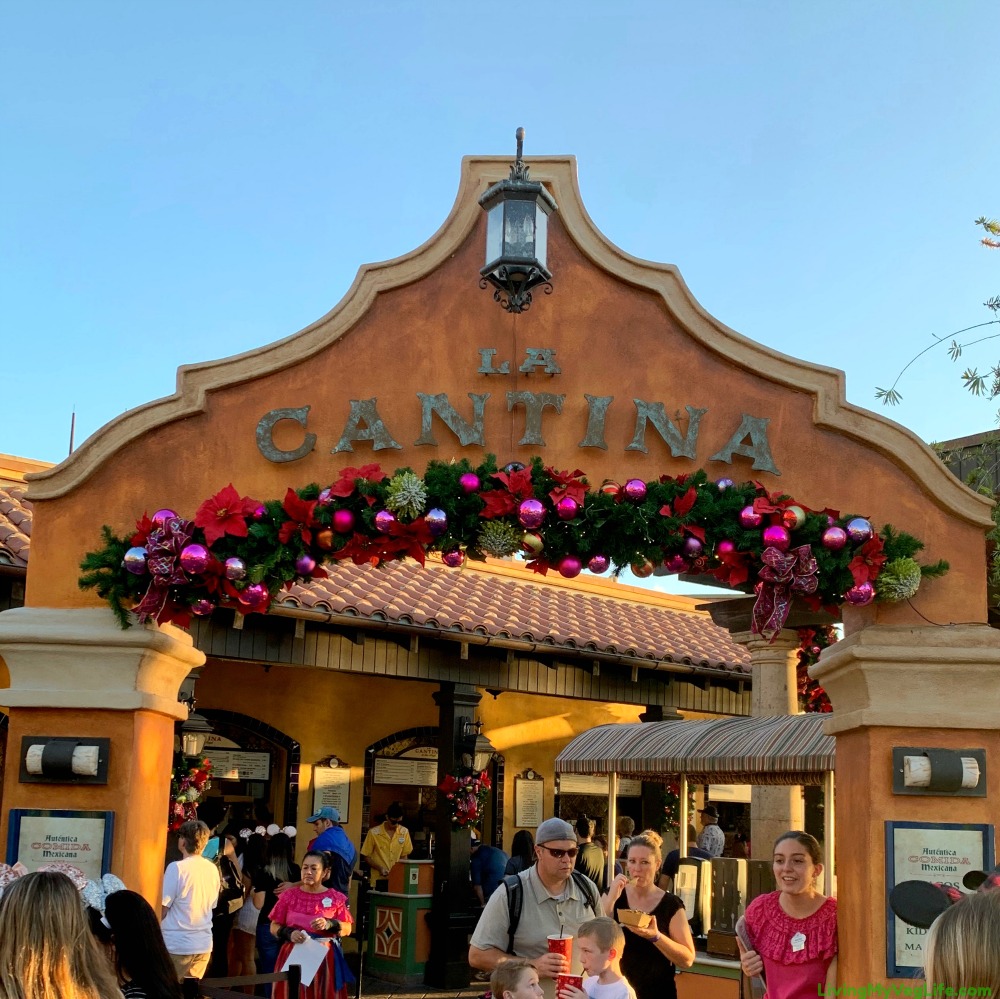 Instead of going to a sit-down restaurant, snack on some Mexican food at La Cantina De San Angel in Epcot! This quick service is located right across from the San Angel Inn restaurant and offers very similar but less expensive food and faster service.

Although there is no allergy menu for this Disney restaurant, the staff is able to tell you about all of the possible allergens in the menu items. Plus, you can always consult with a chef beforehand if you have a serious allergy.

See all other ✅ vegan options at Epcot! 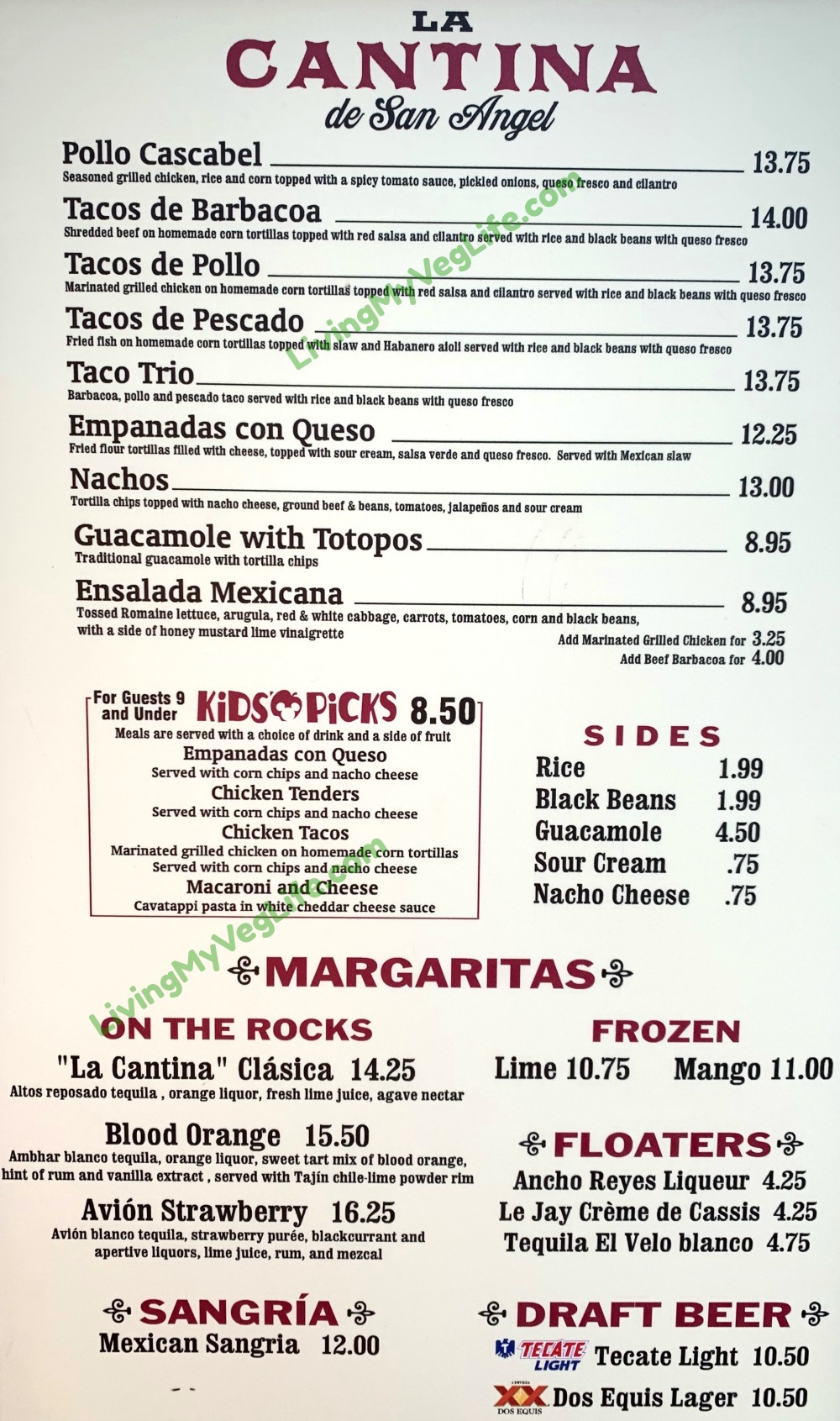 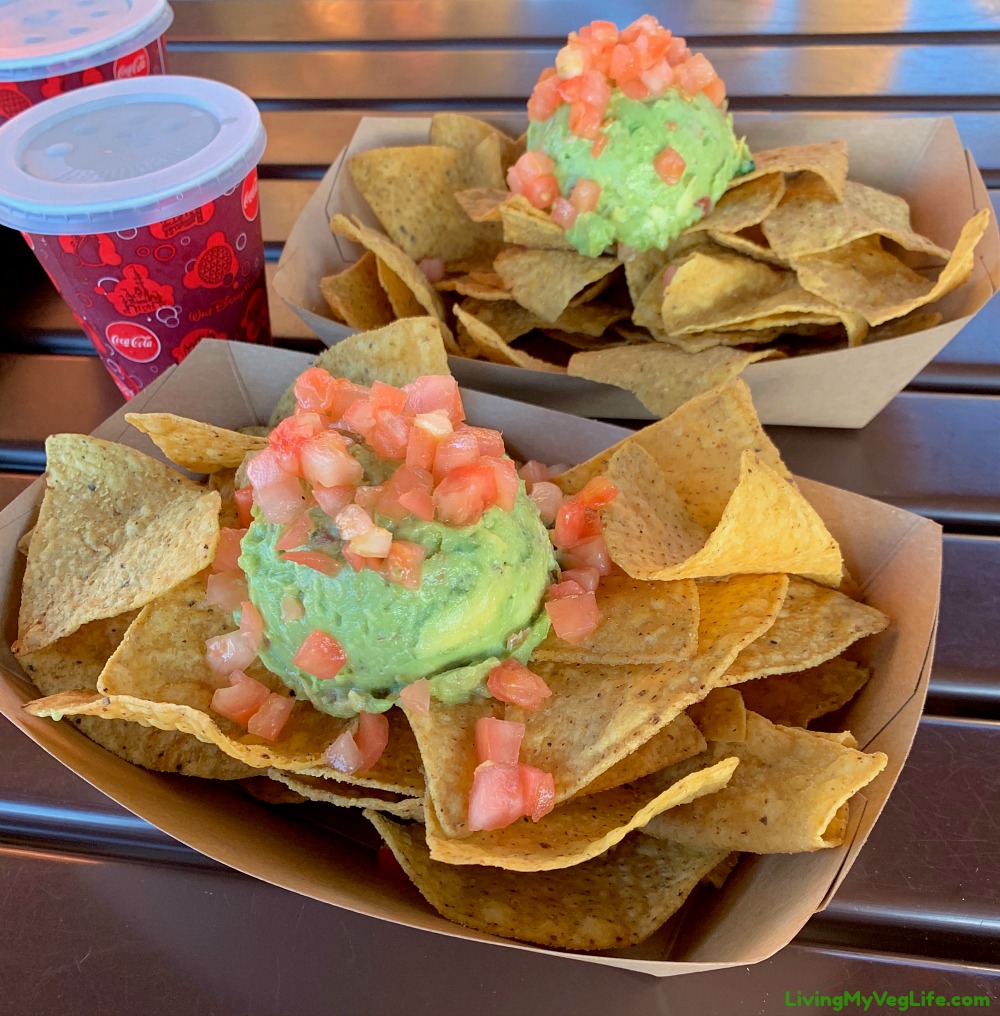 The guacamole with totopos is vegan as is and pretty large. It can easily be split between two people for an inexpensive snack! The side of guac is much smaller, so you’ll probably want to go with this one.

Disney’s prices can change at any time. Be sure to check Disney’s current official menu before you go.