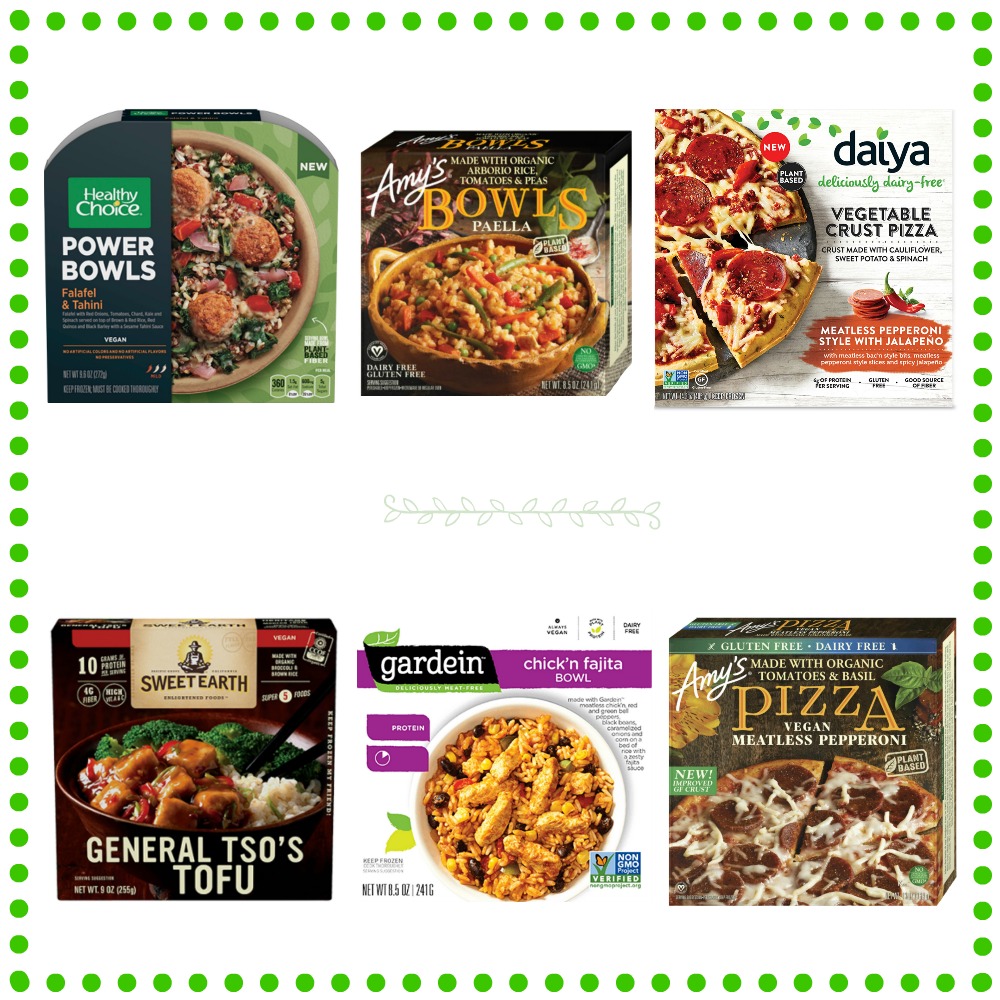 At most big retailers like Walmart, Target, Kroger, and Publix, you’ll find a growing healthy foods section in the frozen foods aisle. Here you can find a majority of the vegan frozen food options.

Vegan frozen meals are perfect for busy plant-based eaters who need breakfast, lunch, or dinner in under 5 minutes. However, there are two drawbacks: 1) they are usually highly processed and 2) they are usually more expensive than a homemade meal.

But as most vegans would agree, it’s nice to have a quick meal option in the freezer when you just don’t have enough time to prepare a meal.

Whatever your reason is for buying a pre-made, frozen meal, there are now many plant-based options for you to choose from — although they are not at every store.

Here’s a list of popular vegan frozen vegan meals brands and what stores you can usually find them at. If the brand has a store locator, I’ve linked that so you can easily be sure that the product you’re looking for is available in your local store!

This guide is for informational purposes only. Ingredients are always subject to change, so be sure to always read the label before purchasing.

Happy #WorldVeganDay! 🌱 We've been working on something special and we're beyond excited to share it with you. Your favorite Vegan Rice Mac & Cheeze has a NEW look and is heading to an aisle near you next year! Still the same great flavors you know and love with a new look. #AmysVeganRiceMacAndCheeze #DairyFree #PlantBased #VeganCheeze

Amy’s Kitchen is probably the most popular brand for vegan frozen foods. This brand is sold in many stores (both major grocery stores and health food stores) and there is a wide and growing selection of vegan options to choose from.

In addition to pre-made breakfast, lunch, and dinner foods, Amy’s Kitchen vegan foods include burritos, soups, burgers, and pizzas that can be eaten as a meal, snack, or side!

Start your day off right with one of our delicious breakfast bowls! With plenty of protein, you'll get the day started with a kick of energy! Check out our selection of breakfast bowls with the link in our bio! http://bit.ly/2Hm3auZ . . . . . #gardein #meatlessmeat #meatfree #lovefood #vegan #vegetarian #plantbased #goplantmade #meatlessmeals #vegancertified #meatfreefood #happymemorialday #JoinInOnMeatless #meatlessmonday

Gardein is another popular vegan frozen food brand that specializes in meatless meats. Along with vegan meat products like meatless chicken tenders, crab cakes, and beef tips, there is also a large selection of pre-made vegan frozen breakfast meals and lunch/dinner foods!

Where to Buy: You can buy Gardein products at many major grocery stores (including Target and Walmart) and some health food stores. Use their product locator to find out where to purchase a specific meal! 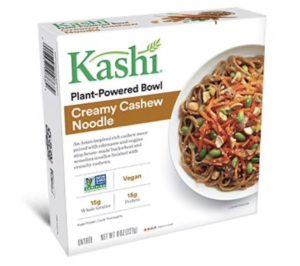 When you think of Kashi, your mind probably goes to cereal. You’d be surprised to hear that they make plant-based frozen meals as well! While they don’t have that many options, all of their frozen entrees are certified vegan and organic.

Where to Buy: Kashi frozen meals aren’t as easy to find as brands like Amy’s or Gardein, but you can still find them at many major grocery stores! Look for them at your local Walmart, Publix, Kroger, or even some drug stores Like Walgreens and CVS. To be sure, check their store locator which is found in the navigation bar on Kashi’s website.

Our Falafel and Tahini Power Bowl is a delicious way to make you feel #unstoppabowl while celebrating #worldveganmonth!

Healthy Choice makes many types of frozen meals, but many of them are not vegan. However, those that are vegan are labeled clearly on the box, so you don’t have to read through all of their ingredient lists!

Most of the Healthy Choice vegan frozen meals are part of their Power Bowls selection, which are bowls filled with nutrient-dense ingredients including veggies, leafy greens, and whole grains. But there are also some vegan products from their Simply Steamers collection. Any of their plant-based bowls are perfect for lunch or a small dinner!

Where to Buy: You can buy Healthy Choice vegan meals at select grocery stores, including most of the following: Publix, Winn Dixie, Target, Giant Eagle, Walmart, and more. To find a specific product, use their product locator.

You’ve done enough adulting today. Now it’s time to sit back and indulge a little. May we suggest a slice of our new Meatless Meatlovers Pizza? Find this pie perfection at a store near you using the product locator on our website. #adulting #taxday

Daiya specializes in vegan dairy, so many of their pre-made vegan meals are products that are traditionally cheesy. Daiya is a perfect brand to check out if you’re looking for a vegan frozen pizza, mac & cheese, or a burrito!

Since Daiya usually tops their vegan meals with their own vegan cheese shreds, it’s a good idea to try out their cheeses to see if you like them before dropping $9 on one of their pizzas. And don’t worry about reading the ingredients list looking for hidden animal products — Daiya is 100% vegan.

Where to Buy: You can buy Daiya products at almost any major grocery store, including Walmart, Target, Publix, Kroger, Giant Eagle, and more! You can also find these products in most health food stores. Check their product locator if you have a specific product in mind.

Out of all Sweet Earth Foods frozen meals, the varieties that have vegan options are bowls, burritos, and pizza. They also have a lot of vegan meat products to choose from, but those obviously aren’t complete meals. The ones in this list are ready cook and eat as they come!

Where to Buy: You can buy Sweet Earth Foods products at most major grocery stores, the selection just might vary from store to store. To find a specific product, check out their store locator to find out where to buy!

If you liked this Vegan Frozen Meals guide, check out my other Vegan Food Brands Guides!