How to Tell if Coconut Milk is Bad

If you’ve opened more than one can of coconut milk, you know that their textures vary significantly from one brand to the next. If all canned coconut milk looks different, how do you tell if coconut milk is bad?

Of course, only do the smell test if your canned coconut milk has not reached its expiration date and has no clear indicators of spoilage, such as mold. You can usually find the expiration on either the lid or the bottom of the can.

If it is past this date, toss it. Canned coconut milk can last 2 or more years on the shelf, so if you’re opening it late, it is likely very, VERY old. So even if it smells wonderful, it’s better to be safe than sorry.

Why is My Coconut Milk Chunky?

Nearly any brand new can of coconut milk will be chunky when you open it, and that has to do with how it is made. Organic coconut milk is made by simply blending coconut and water.

Coconut milk is chunky because coconut is high in fat and less dense than water. Over time, the lighter, fatty part of the mixture will rise and separate from the water, making it appear chunky.

Because most dairy milk becomes chunky when it spoils, it’s natural to think that chunky coconut milk would signal that it is bad. But, you cannot tell if your coconut milk is bad just by looking at it.

Why Is My Coconut Milk Grainy?

Even after you stir your coconut milk well, you might still notice some specks of white floating around in the liquid. After using thick, creamy coconut milk, seeing one with a curdled texture might seem like a cause for concern, but that isn’t necessarily the case. 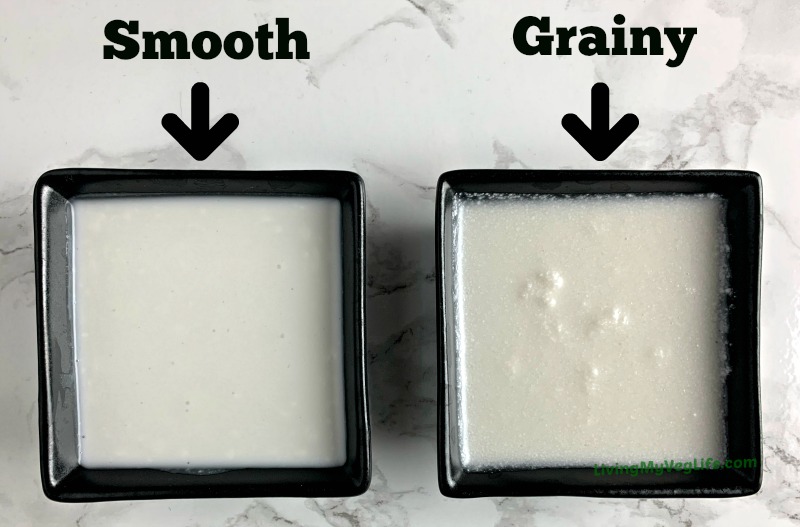 Coconut milk may appear grainy for a few reasons: because of the water-coconut ratio, the amount of fat in the coconuts, and the storage temperature.

Water coconut ratio: Every brand of canned coconut milk will have different ratios of water to coconut. Typically, the more coconut one has, the more fattening it is, and having more fat makes it thicker, richer, and less likely to be grainy. Make sure you buy full-fat coconut milk to ensure it is as creamy as possible.

Coconut fat levels: Although coconuts become edible after about 6–8 months, they take 12 months to fully ripen. Coconuts start out containing all water and no coconut meat (i.e., no fat) and become harder and more fattening as time goes on. The time when coconuts are harvested and used for coconut milk can dramatically change the consistency of coconut milk. Younger coconuts produce grainier milk and mature coconuts produce thicker, creamier milk. 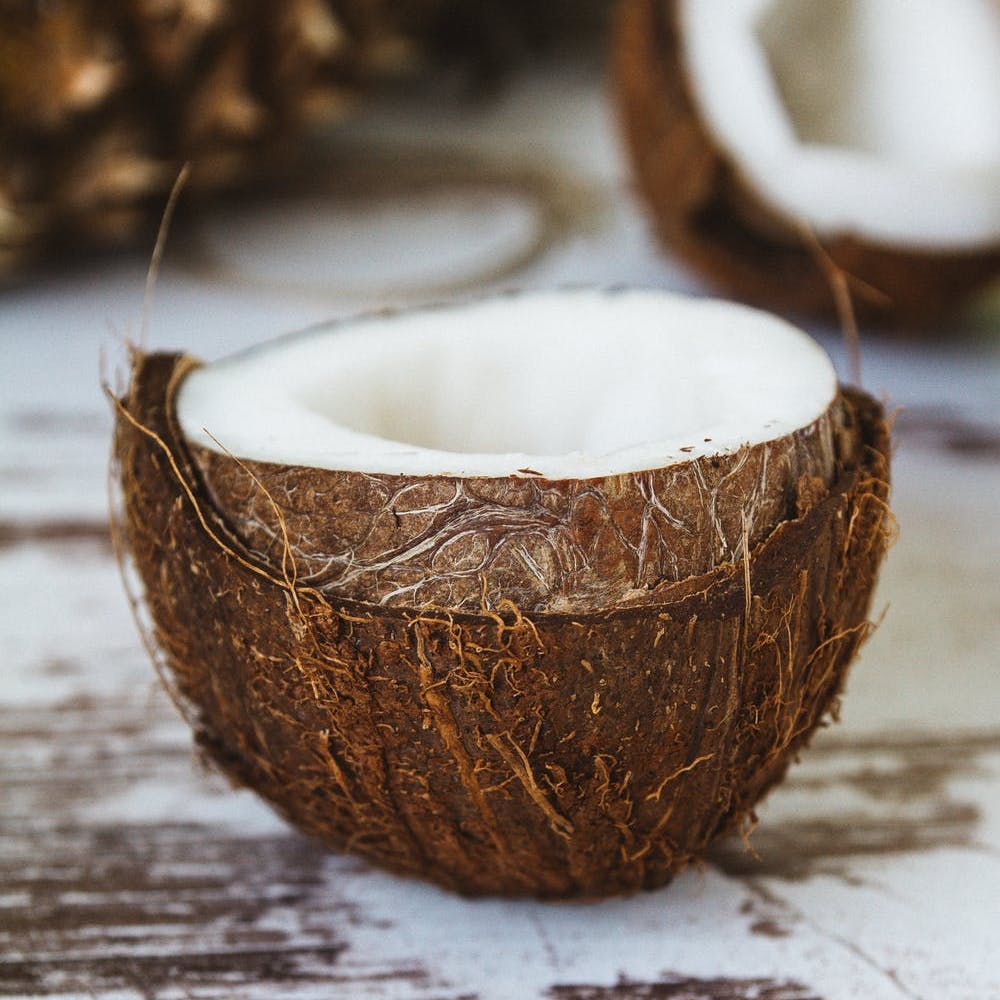 Storage Temperature: Because extremely hot or cold temperatures can change the chemical structure of coconut milk, storing it incorrectly can change its appearance. Always store canned coconut milk in a cool area to keep this from happening. However, the milk may have been transported in high temperatures, so this is not totally under your control.

Coconut milk will last 3–4 days in the refrigerator in an airtight container.

Once it is opened, it exposes the milk to bacteria, and after this time period, it is unsafe to eat. Just to be safe, even if it is the first day after opening it, always give it the smell taste before consuming it.

Why Does My Coconut Milk Taste Metallic?

If you start to notice a metallic flavor, you likely left your coconut milk in the can when you stored it in the refrigerator.

Never store any canned food items in the refrigerator in their original packaging. The metals from the can start to seep into the food, making it taste bad and making it unsafe to eat. Always store these items in an airtight plastic or glass container.

If you love the taste of coconut milk, check out all of the vegan coffee creamer brands made with coconut milk!