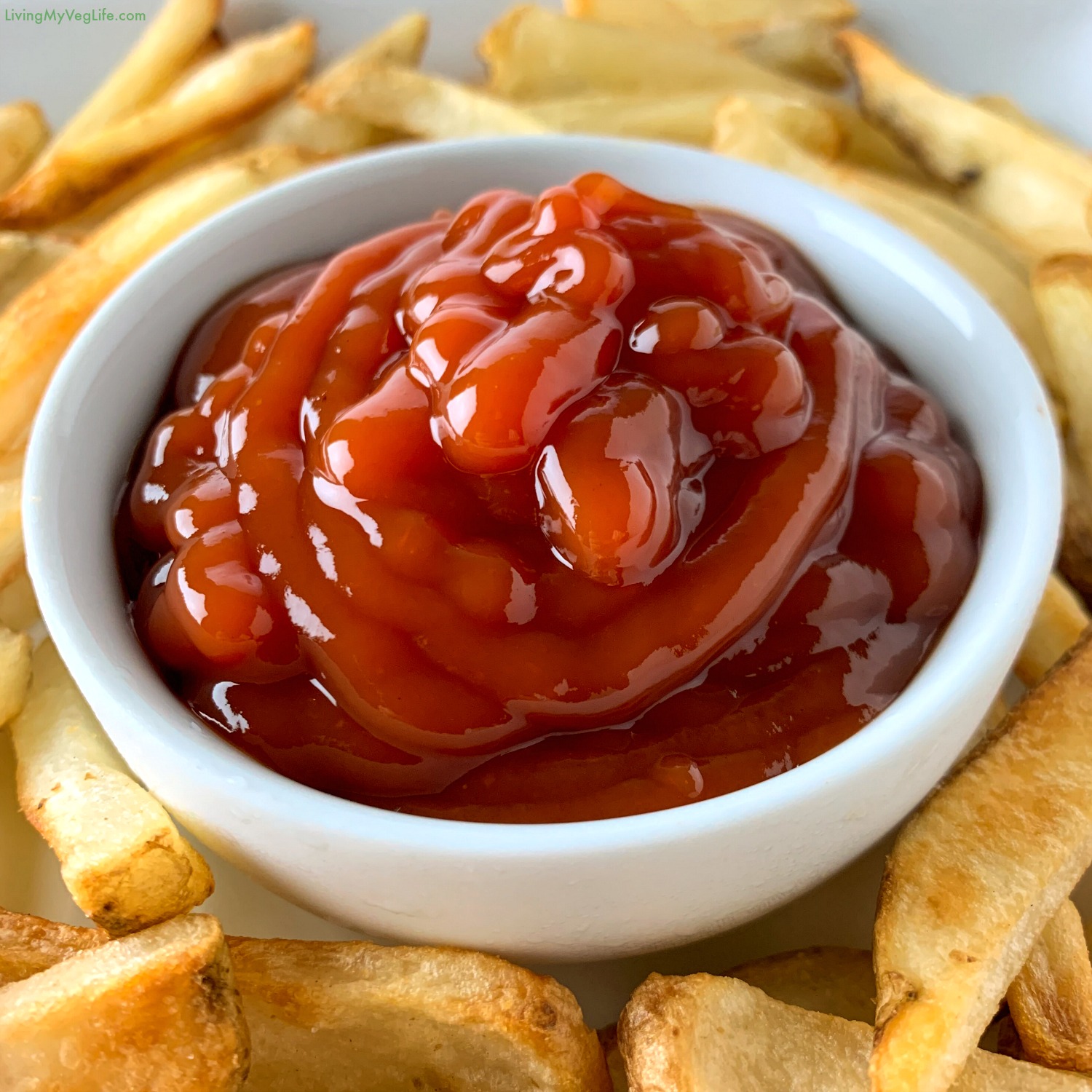 Is ketchup vegan? At first, it might seem so simple: Ketchup is made from tomatoes, so it has to be vegan! Well, not necessarily. And chances are, you won’t always get a straight answer.

✅ Most brands of ketchup are vegan. But, always read the label and watch out for these non-vegan added ingredients.

Is All Ketchup Vegan?

In other words, some ketchup brands fall into a grey area for vegans, and depending on their individual beliefs, they may choose to eat it or not. 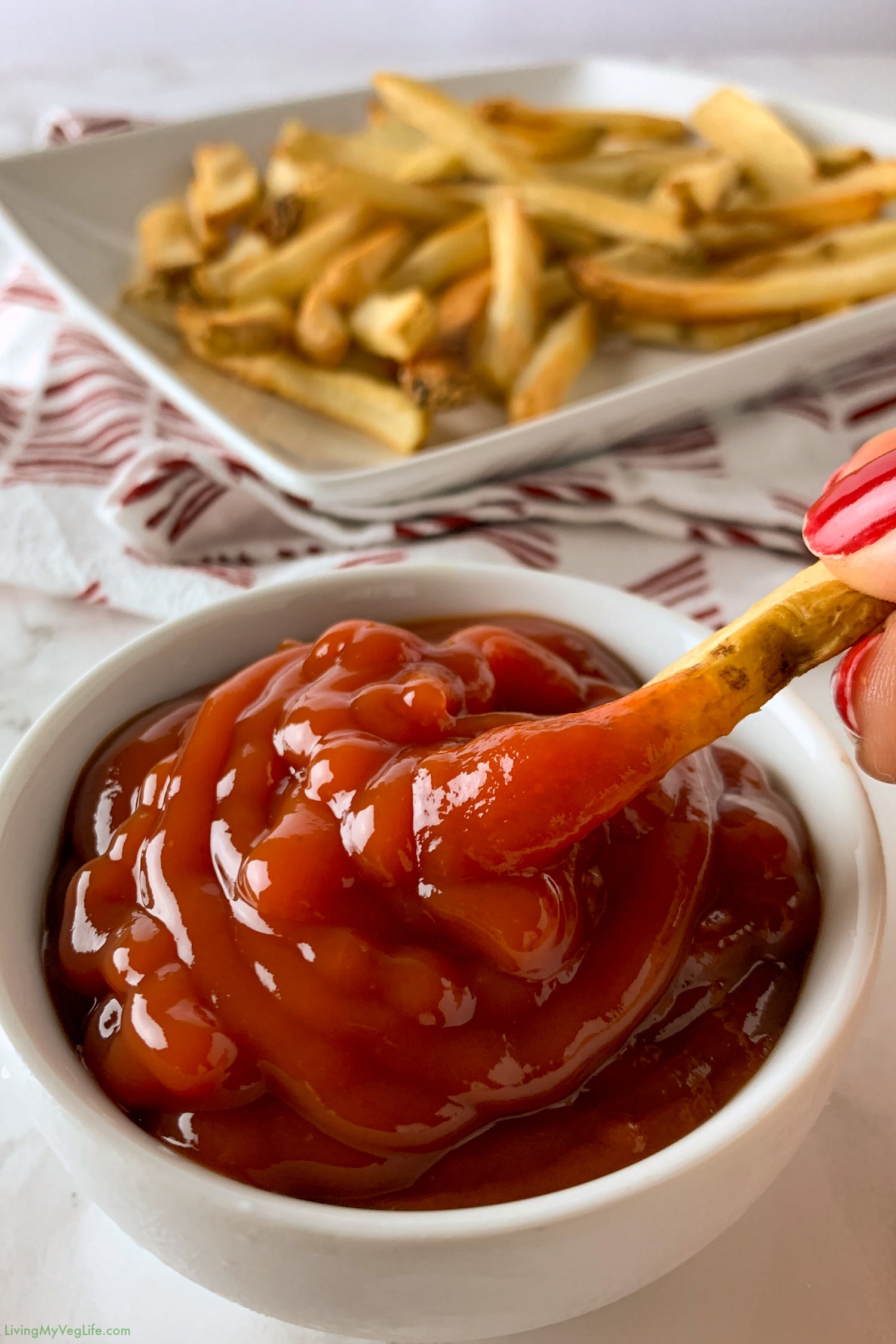 While the two terms are often used interchangeably, in general, vegans strictly avoid all animal products (including non-food items) because they care about animal rights and the environmental impact. Someone who follows a plant-based diet is primarily concerned with their personal health, and they avoid animal products whenever possible for this reason.

The main ingredient that needs to be scrutinized in the production of ketchup is sugar.

Yes, the table sugar you put in your coffee comes from the sugarcane plant, but if it is refined sugar, the producer may have used an animal product to make it look the way it does. And that animal product is likely bone char.

Bone char is literally charred animal bones. It is used to filter and purify sugars and some other food products to make them more appealing to the eye.

Because refined sugar processed with bone char does not actually contain any animal bone particles in the final product, someone following a plant-based diet would eat this product. Strict vegans, however, would not. 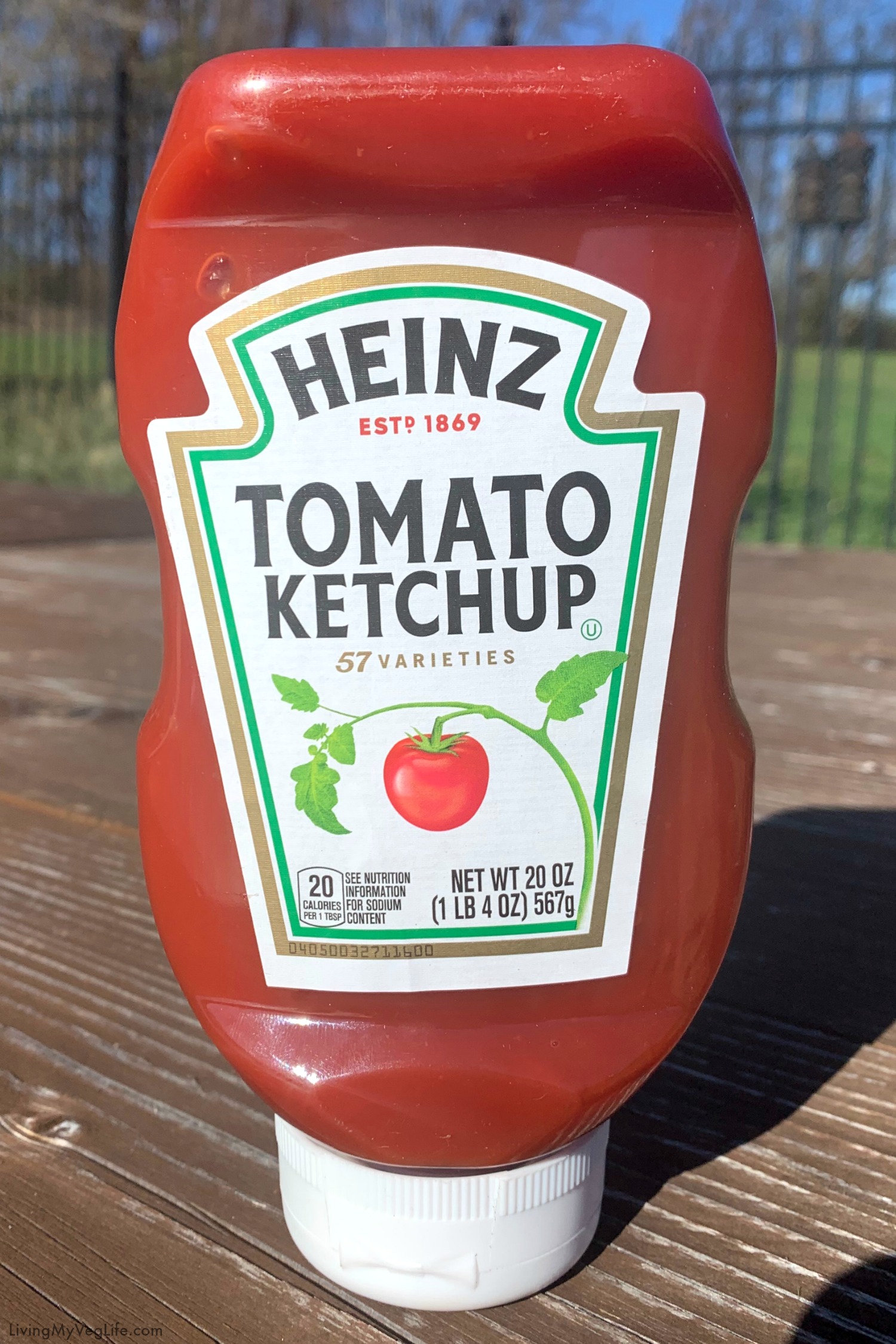 How to Tell if Ketchup is Vegan

T0 be absolutely sure that a ketchup brand is vegan, two things must be true:

The first step is pretty straightforward: Make sure all of the listed ingredients are vegan! If anything stands out as a non-vegan ingredient, like honey, it is not a vegan brand of ketchup.

Non-Vegan Ingredients to Watch Out for:

The second thing you have to be sure of is that if the product contains sugar, it must also be certified organic. According to the USDA, bone char cannot be used “to recreate/improve flavors or colors of organically processed food.” 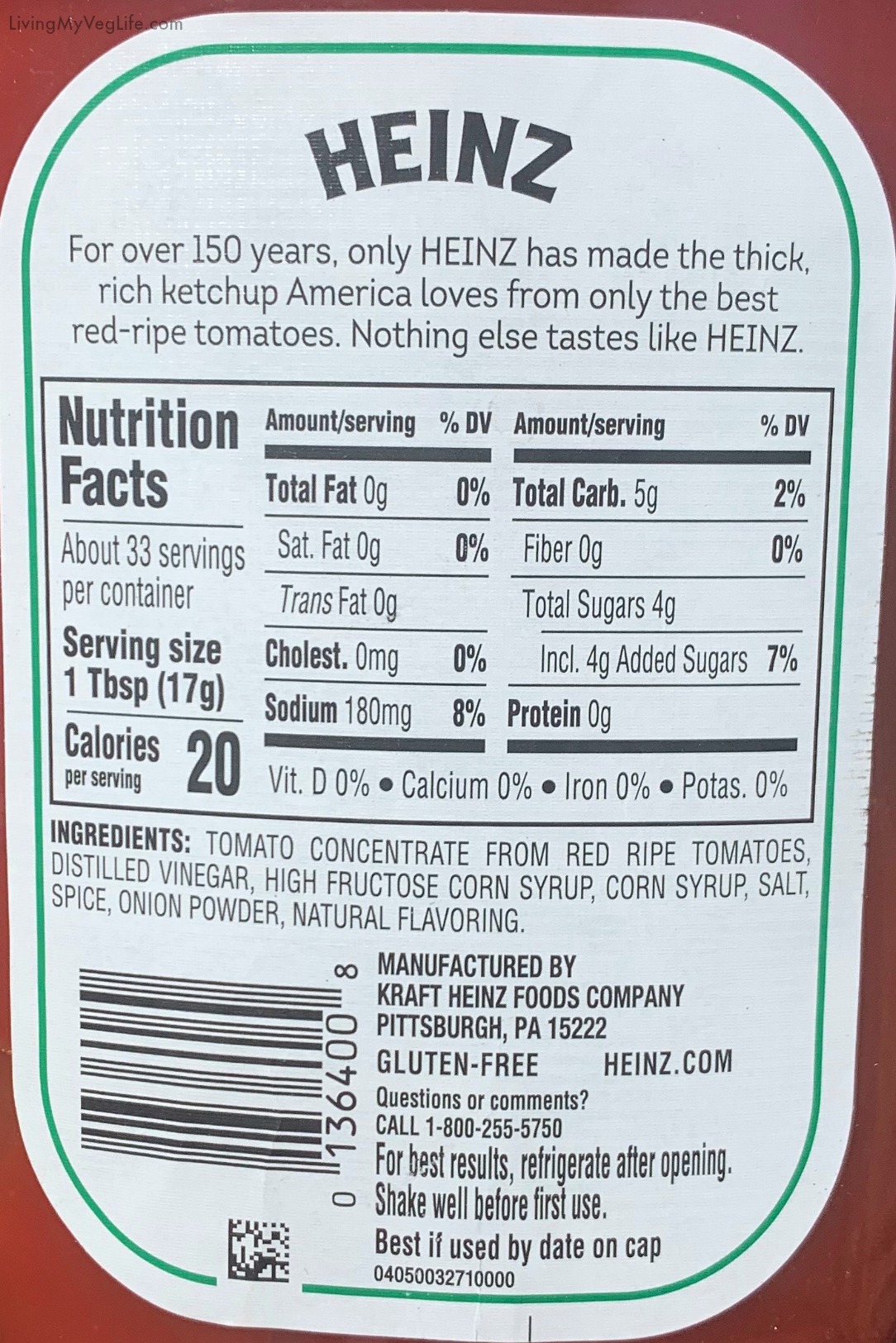 Is Heinz ketchup vegan? Yes, Heinz tomato ketchup is vegan, but not every variety of their ketchup is vegan (They have 5+ varieties). Because their standard ketchup is sweetened with high fructose corn syrup, which is always vegan, you don’t have to worry about how their sugar is processed.

However, watch out for the non-organic Heinz Simply Tomato Ketchup, which is sweetened with sugar. One variety that is definitely NOT vegan is the Heinz Sweetened with Honey ketchup, as honey is not vegan.

If you want to play it safe, here are some ✅ guaranteed vegan ketchup brands: